Our Manager of Training and Development, Dr Tere Dawson, recently reached an incredible milestone of 20 years working at HIC. Here are some of her stories, insights and achievements from the last 20 years.

Evolving with the health sector

Working 20 years in any organisation is a remarkable achievement and takes a huge amount of dedication. Doing it while the sector you work in undergoes a seismic shift and evolving with it is even more impressive. Tere has done this and so much more in her time with HIC; she is an incredible advocate for health consumers and wonderful teacher to people right across the healthcare and consumer space.

Like the consumer participation landscape, Tere too has evolved – prior to HIC she had mostly worked in health-related academia. She has a Masters of Public Health, a Masters and PhD in sociology and anthropology and has been published widely.

She says with a wry smile that “while I had been a university lecturer prior to working at HIC, I didn’t really know that much about teaching adults, especially not in the way I do now”. In the early days she learned from her colleagues, and since then has completed extensive further training, including a Certificate IV in Training and Assessment. These days she is one of the most recognisable faces in health consumer engagement training in Australia.

Many changes over 20 years 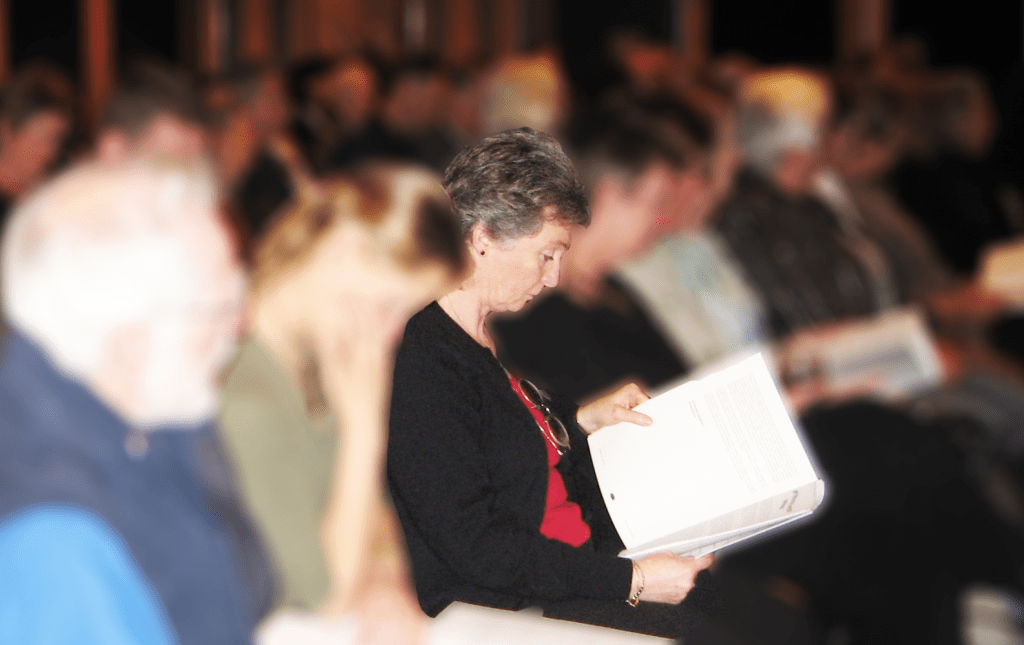 Another welcome change is that consumers are more empowered. She beams when describing them -“when new engaged consumers come to us they are more prepared and ready to learn. They seek the training. They soak it in.”

Always on the road

Travelling has been a huge part of Tere’s work with HIC. One of her first programs was training team members in the then recently established Primary Care Partnerships. There were 32 of them across Victoria and all of them needed to have a consumer engagement framework.

In what seems like worlds apart from the ‘new normal’ caused by the pandemic, she travelled at least 20 times a year in the early days to deliver this training with a colleague and is enormously proud of the work they achieved. She learnt a huge amount in those early days about training, consumers and the power of thinking on your feet. “You had to be ready for anything and adapt with it.”

She also has some interesting memories about the facilities she encountered along the way. Motels across Victoria in the early 2000’s could be a very mixed affair. She recalls with a chuckle “one of the people I worked with in the early days said if there is shampoo in the room that means they are good, but if there isn’t you might be in trouble.”

While there is still some travel, technology has increased opportunities for Tere and her colleagues to deliver training. The COVID-19 pandemic accelerated some of this through necessity and she welcomes the changes because it gives greater opportunities for us to train people, anywhere and anytime.

“The flexibility of it is fantastic. Recently we were able to deliver virtual training to WA Country Health Service Kimberley – an incredibly remote place. I was able to do this sitting in Victoria.” she says.

Putting people at the heart of what she does

Of course, the people she has worked with and trained along the way have remained a central focus for Tere and she loves meeting people who are passionate about consumer engagement. “Giving both consumers and healthcare workers the tools and skills they need to engage is incredibly fulfilling, especially those who are new to working in this space; people are eager to listen, they love the concept but don’t have the tools. Taking them on the journey through consumer engagement is wonderful.”

She is always mindful that people need flexible approaches in their training – “People are at all kinds of stages with consumer engagement, so you have to be flexible to meet people where they are at. Helping to build the bridge between consumers and healthcare staff is always the main goal.”

One of Tere’s proudest achievements at HIC is being part of the creation of the only accredited courses in Consumer Leadership and Consumer and Community Engagement in Australia: 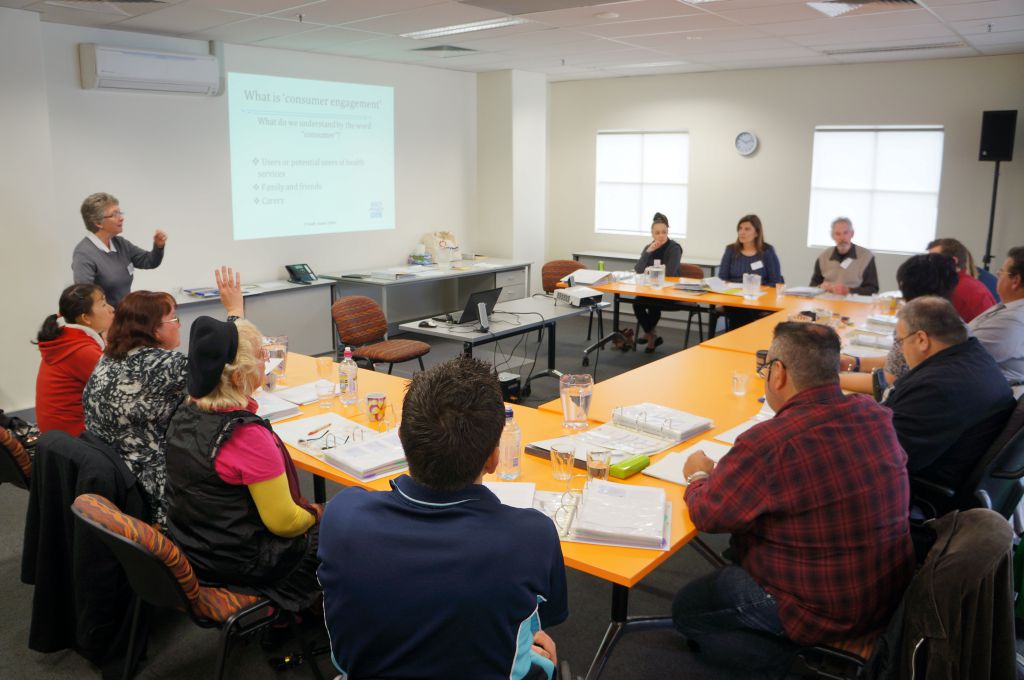 Being part of the team who developed these courses in 2010 was an incredible experience and she has enjoyed delivering them ever since. HIC’s courses have been reaccredited twice and in the latest process in 2021 they were reaccredited without amendment which is extremely unusual.

“These courses are my proudest achievement and the fact that they are still being delivered and in demand, is very rewarding to me!” she says.

The Graduate Certificate has had a wonderful impact on organisations and individuals in the sector. It has helped many organisations to evolve how they engage with consumers using a long term, best practice model. While for individuals, it has sharpened their passion for consumer engagement, led to career changes and opened up employment opportunities for many.

For many years, Tere was involved in editing the Health Issues Journal with 115 editions being produced between 1985 and 2015. One of her earliest articles was “Consumer Voices in Victorian Primary Care Partnerships,” which featured this lovely cartoon: 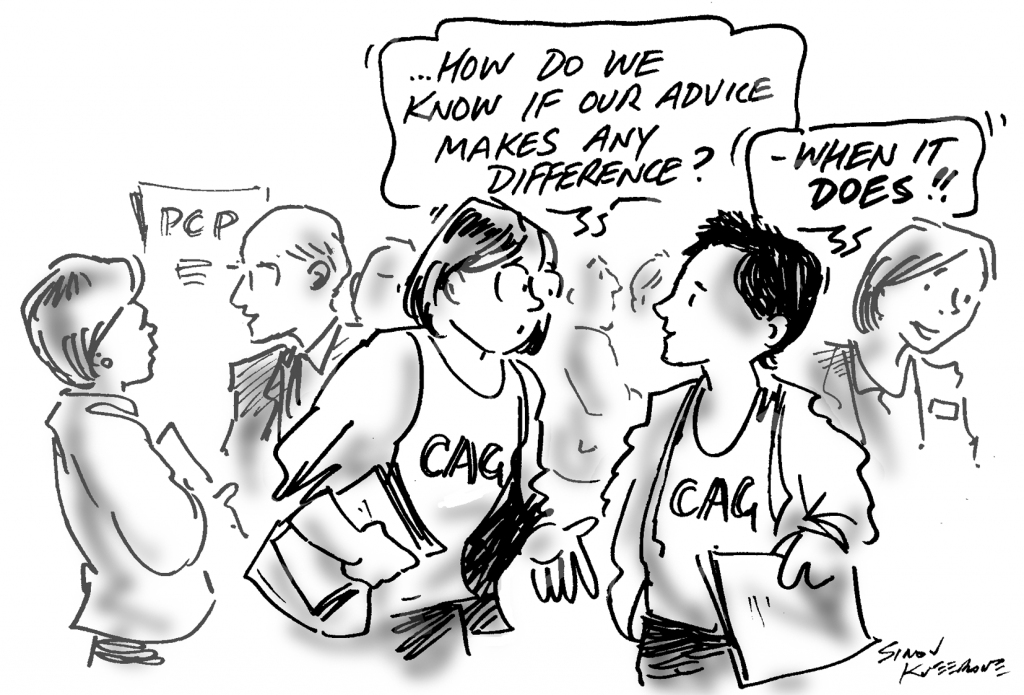 Acting as the Editor of the journal was a challenging role which she relished. “It was such an interesting experience, from deciding what the issue was going to be about, finding the key partners, putting out the call for articles, it was just so exciting!” says Tere. Online editions of the Journal published from 2005 onwards are available through Informit where people still regularly purchase the articles.

Tere is still so passionate about the work that HIC does and its place in the health landscape. “I think HIC has enormous importance in the sector, it has a long legacy and a good vision. Over the almost 40 years that we have been around, we have been able to adapt to enormous changes and I am sure that this will be the case into the future as well. I am so proud to have been part of it.”

Thank you Tere for such an incredible contribution, and we look forward to working with you for many years to come.