The ride of his life

The ride of his life

With his passion for motorcycles and carefree rides on his HOG, it possibly wouldn’t have shocked anyone to hear Ray Newland had gone out in a blaze of glory and engine oil on a lonely highway.

But it wasn’t a Harley that left him flat on his back in hospital. It was a stroke.

“I was still working at the time I had the stroke, running the national secretariat for the motorcycle industry, importing bikes,” Ray said.

“It was a high-pressure job. I flew all over the country representing the industry on road safety issues and compliance at government level. As part of my contract, I got a different motorcycle every year instead of a company car – and a fuel card.”

But it all came to a crashing halt when the stroke left Ray paralysed down his right side and fearing he’d never walk again.

“I was sitting in the wheelchair in the hospital ward surrounded by people who were just lying there so I was feeling pretty hopeless,” he said.

“This young doctor came up to me and I asked him, ‘Will I ever get out of this chair?’ He said quite cheerfully, ‘Oh yes, people in your situation have about 80% recovery.’ And that’s when I thought, right, I’m going to do this. And I put everything I had into rehab.” 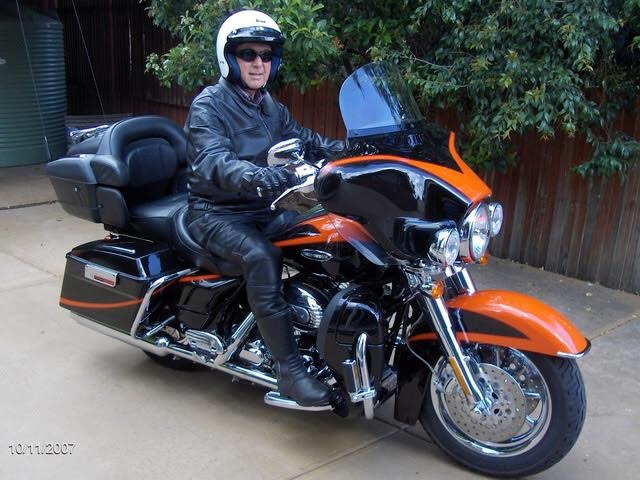 His experience as a patient is what started Ray on the road to becoming a consumer representative.

“I am 79 and I had my stroke 11 years ago. When I first started as a consumer, I didn’t know why I was there for the first three meetings so three months went by before I went, ‘Oh I know what I can contribute’.”

He said the experience would be even more challenging for a person who didn’t have the previous career experience he had.

“I was a confident person who was used to dealing with Government Ministers so you can imagine it’s very daunting for the average person.

“I had to learn the names of 24 people around the table. There’s all these older surgeons. They’d come in in the morning with their glasses down their noses and nod to me, ‘Morning, morning’.”

“The third meeting there was a hoo haa going on about an adverse event. They were talking about the person who had died and there was a little bit of snickering going on.

“And Ray was there: ‘Mr Chairman, I’d like to comment on this. I know things happen and sometimes people die in hospital but we shouldn’t find this humorous.’”

Ray said this was a turning point in his experience as a consumer representative.

“The next month they all came in and said, ‘Hello Ray’ and that was the first glimmer that I’d been accepted. Until then I was an appendage. That was 2012.”

Ray said he was fortunate that Western Health funded him to complete a course in Consumer Leadership at Health Issues Centre in 2017, which had made him a more valuable contributor.

“I was fairly experienced by this time and I realised that this leadership training was about leading my organisation,” he said.

Ray said a lot has changed since 2012, when consumer representation was often seen as a tick-box exercise.

“It takes quite a while but the value begins to permeate through the organisation and they begin to accept you,” he said.

“I am proud to have been a part of that and I have loved every minute of it. I’d love to see more consumers coming on and to mentor them. This is why I love Health Issues Centre – because they can make that happen and it means you are valued.

“Health Issues Centre is a bright spot on the horizon – knowing there is somewhere that we can get quality training for consumers in an independent way.”

Ray has been a guest speaker for Health Issues Centre and also completed our Course in Consumer Leadership (10163NAT). If you would like to know more about this course, click here.