What have cows got to do with it?

There’s always a story behind how someone became a Consumer Representative and Kerri Easton is no exception.

Her story is connected to her sudden career change from freelance theatrical costume maker for the Australian Ballet and Opera Australia,  amongst others, to grower of Angus-cross beef cattle.

“My partner had an accident and lost his balance permanently,” she said.

“He was senior administrator at a university and after that I had to cart him around to doctors appointments and rehab because he had to learn to walk again. He couldn’t drive or use public transport. I had to take days off work to do that and as a freelancer it meant that I didn’t get paid.”

And that’s where the cows come in. 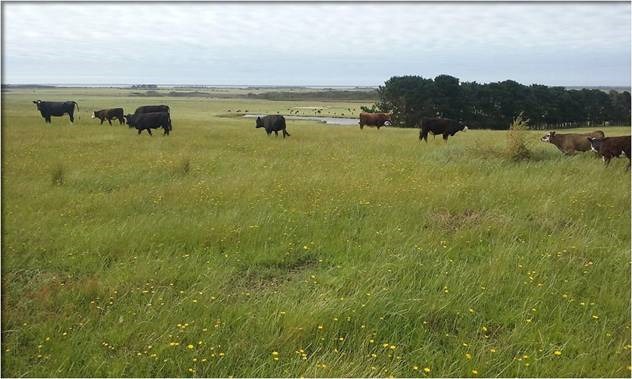 “We had both grown up in the country so we decided to buy a farm and move out because he could fall over in comfort there and the cows could keep growing while we went to hospitals and doctors and things.”

Kerri has a dry sense of humour that has no doubt helped her weather the storms – including the initial one that started her on this journey. She is currently a Consumer Representative for Better Care Victoria and sits on various sub-committees through Safer Care Victoria as well as her local regional health service.

“My partner fell over and hurt his foot,” she explains. “We went to emergency and had this ridiculous situation where we waited hours and hours only to be told to come back the next day because there was no one there to operate the x-ray machine. That set me on this journey.

“I’ve been doing consumer advisory committee work for about ten years. The first one I was on they sent us to do training with Health Issues Centre.

“I did a course there and also attended a forum of all health services for Gippsland. Consumers got together and really started realising the impact we could actually have within our health services.”

“Health Issues Centre was part of getting us up to speed with impactful, meaningful consumer engagement, not just tick-the-box stuff.”

Kerri said the benefit of networking with other consumers and health services was the opportunity to share ideas.

“We got to meet other people and see how other Health Services were doing things and we got a critical mass behind us. It was a case of, ‘They’re doing this, why don’t we try it?’ And we weren’t just a lone consumer with a bright idea, we had the experiences of others to back it up.

“Connecting with others through Health Issues Centre was the best part.”

Kerri has since had a health crisis of her own and it made her even more aware of how difficult it is for consumers to navigate the system alone.

“I was one of those people who didn’t get sick and then I did get sick and had to have cancer treatment,” she said.

“As I patient, I was allocated an oncologist. I went to see him and we just weren’t on the same wavelength. I went home and I was talking to a friend who is on a consumer advisory committee and she said, you need to get a really good advocate and find someone else.

“My GP found me someone else and she was great. I wouldn’t have thought about doing that if I haven’t been involved in consumer advocacy. Every time there was a hiccup in the process, I phoned my GP and she sorted it out.”

“I found it was really different being a patient than a carer. I have since spoken to groups about self-advocacy. As the carer, you can’t read the patient’s mind and you can say what you think they need but it may not be what they want.”

Life as a consumer rep isn’t all high-powered advocacy. Sometimes it’s the little things that make the biggest difference in people’s lives.

“A friend’s 90-plus Dad who has had several strokes is feeling somewhat less than dignified because of his physical incapacities. I have been conscripted to alter his clothing to accommodate his physical handicaps,” Kerrie said.

“An hour’s work and a happy man – and family – because he is.

“This shows that patient-centred care is so easy, and frequently cheap, when people think about what the issue really is and then work to make it happen.”

Kerri has recently completed Health Issues Centre’s Course in Consumer Leadership (10163NAT). If you would like to know more about this course, visit